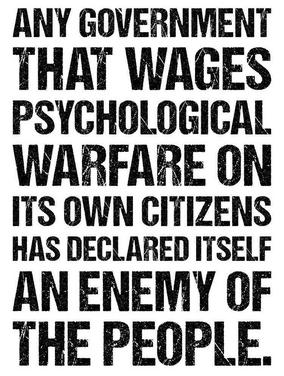 What the hell  is the Liberty Party of Australia? Maybe a Retro Conservative party or not. TBC. 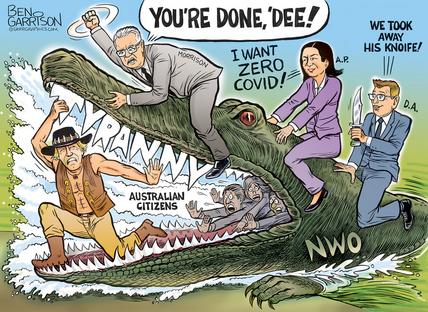 Menticide Derangement Syndrome - Oppressors in Government inplementation of Great Satanic Reset against the Free will of the Population, using mass media fear into submission techniques, mass psychosis, believing their actions bare no consequences because Satan is their God. Thereby committing Treason and Crimes against Humanity.

Covid Derangement Syndrome - Result of mass MDS against the free will of the People by the Oppresors, Government officials, resulting in the mind rape of the population, making pure obediance to the Oppressors. Unwitting controlled minds.

Prime Sinister Morrison needs to be removed by the Governer General. Government dissolved and New Elections called.  Trial for TREASON. Crimes against Humanity.

ACTUNG MASONICS ie Luciferian FREEMASONS sex cults and satanism,  running wild in Australia and the REST of the WORLD.  Surely not,  I mean, wouldn't Q and the Patriots have something to say about that?  Oh, they are, so grab some popcorn, sit back, enjoy the Movie.  Join some I.Q. points, read above your I.Q. and work it out for yourself. Level Three of theFive Layers of Thought, it is all there for you to See, hear, feel, smell, taste. "To know, is to Understand.."  Trigger Masterr.  TEST

Left is our BLUE LIVES MATTER EMBLEM AUSTRALIA.  yes it means alot to us Retired PTSD Para Militaries.- with what is occuring in Australian Communities we find ourselves between a Rock and a Hard place. We have to reFOCUS and remember the problem is the SUITS not the BOOTS.  By Trigger Masterr

NOTE: Where is the Police Federation of Australia when in September 2021 the 70,000 officer's seem to have forgotten their Oath of Office and become full on Menticide Agents? www.fpa.org.au Has any Australian Police Union got any balls to stand upto the Satanites running every Police Force? Gonna stickup for your members or are YOU ALL CUCKED FREEMASONS TOO? asking for a friend by Trigger Masterr 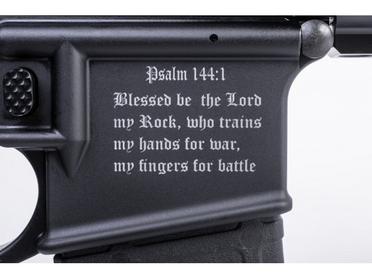 Hi I'm this websites webmaster, retired Decorated Para Military and Full Contact Fighter.  This website is a W.I.P for Retro Conservatives, a site for Political Parody. We use our Rubics Cube Analytical System here. Everything Written is a TEST. If you want upto date USA Conservative content, please refer to greatawakening.win and thegatewaypundit.com.

patriots.win. We are  Q Based in Sydney Australia. 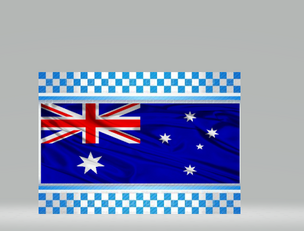 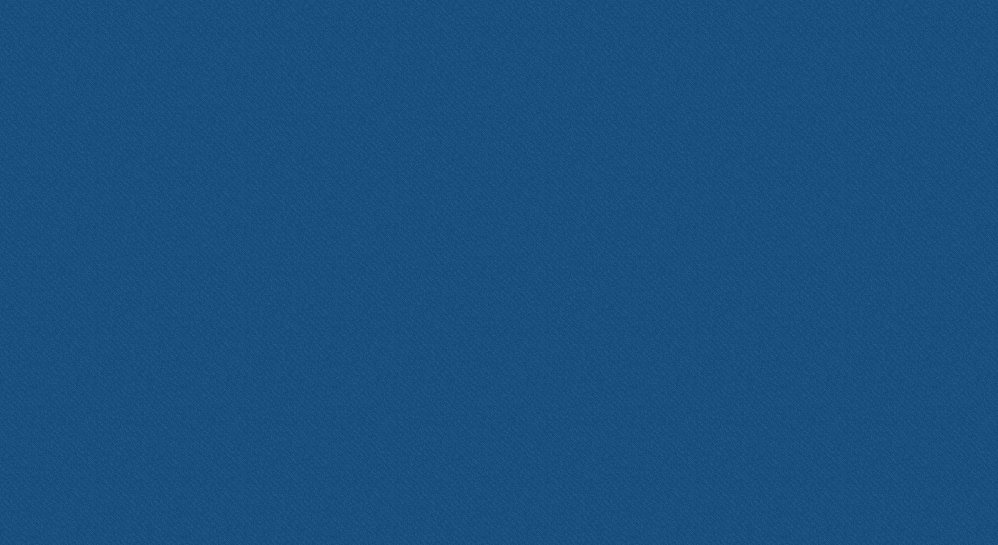 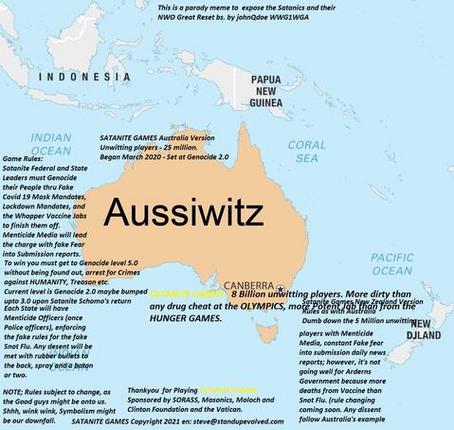 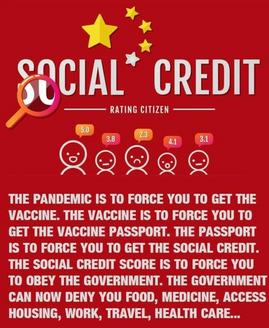 Above image says it all about Australia 2021 Menticide Derangement Syndrome, yes we can see alot of Politicians, Government Stooges going to prison for this Mass TREASON for Their Great Satanic Reset. TRIGGER MASTER, Patriot Agent #1 SAYS,I am this websites webmaster. I always have a view, never an opinion, there is a difference. We are retired full Contact Fighters and Parra Militaries, our Patron Saint is Saint Michael, We are Patriot Agents. Our Systems are Rubics Cubic Analytical Systems RCAS and Standup Evolved Fighting Systems. SEFS. We ARE READY TO MOVE TO  PRIVATE SERVERS once we are AWAKENING GIANTS.

Board games Starts with the FEYS nations. Australia, New Zealand, Canada, United Kingdom and America. Down the Rabbit hole. more soon at