POLICING;  CYCLE OF A.I.D. Accountability, Integrity and Discretion. Must be included in Judeo-Christian Countries, without them or even one of them, your Police Force in no more than a Third World Para Military. Cycle of A.I.D. should be taught at all Police Academies in Judeo-Christian countries, yes that's right, within FEYS Countries. Read to Understand, write to remember. To know is to Understand. First layer of thought of the Five Layers of Thought. It's ok, you can thank me later.  by Trigger Masterr. 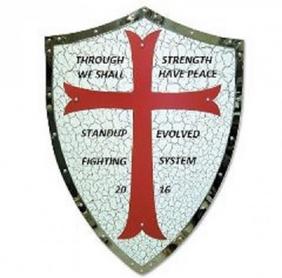 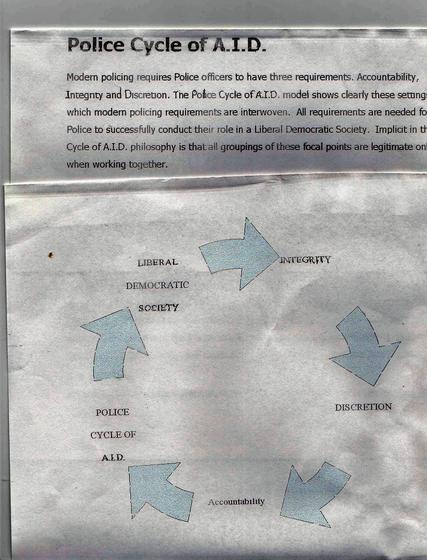 Trigger Masterr says;  sometime in the early 2000's, an infmt states that "Around midday on a sunny Autumn day, I jogged from South Bondi, via the coastal walk, to Burrows Park at North Clovelly Sydney. The park is an open football park where I do my sprint training usually on my R.D.O.  I arrived at the park which was empty except for a male, wearing a dark stockman coat, standing about 10x metres from the entrance to the female public toilets. It is a brick rectangle building with the female entrance to the north of the toilet block and the males entrance at the south. I continued with my sprint training for another 10x minutues.  I observed him and thought it odd that he was lurking around there, wearing that coat on a sunny day.  I walked towards him and about 5x metres away, he saw me and appeared nervous, he was looking away and looking around. I looked at his face, build,etc and saw a head only a mother could love, a cc male about 60+, 6.2 tall, solid build.  I went back to sprint training for another 10x minutes.  The poi was still hanging around the female toilet entrance, no one else coming or going. Then a white Ranwick Council truck arrived with a couple of male Council workers, I informed them of my concerns about the POI. The Maori Council worker said he would go have a word to him? I then began to jog north from the park whilst doing so I saw (Eastern Beachs) EB10 driving south down Ocean St x Eastbourne St, a marked Police vehicle, now I wished  I had waved him down and mentioned the POI.  Later that day, on the news it was mentioned that a female was sexually assaulted at a North Bondi toilet block NFI? - which is about 2x kilometres north of Burrows Park. I have a photographic memory and I believed that (alleged) POI to be a Doppelganger of  United States Actor RON PERLMAN. Therefore its only alleged, however, next time RP visits Sydney Australia he may want to supply his DNA - for excluding purpose's.  Yes it was some time ago, however, perhaps the  victim can review a new photo board.  We will do what we always do,  we Watch, we Wait, we Listen.    From Triage Short  Story "Honest Blue."   Heads Up - the Witness in this incident - Off duty Blue Machine Operator (now retired) has a photo graphic memory, especially for FACES.  by Angel Warrior 20th

Have the Wheels fallen off the Blue Machine Operators in Melbourne Australia.

What is the CYCLE of A.I.D. in Policing?

Accountability, Intergrity and Discretion. If one or more of these are missing in a Judea Christian Society, the  Blue Machine Operator's wearing that uniform are no more than 3rd World Para Militaries, setting themselves up for Massive Class Actions down the track.  Refer to Dr Fauci Emails.  Fraud Vitiates Everything.

Massive Reset Coming and it isn't the Actung Masonic one.

Trigger Mastter says, there needs to be a ROYAL COMMISSION into the New South Wales Security Industry, in light of the 800 who have died in Victoria from Covid 19.  1N ie Mr LATHAM we are awaiting for the Parliament call.